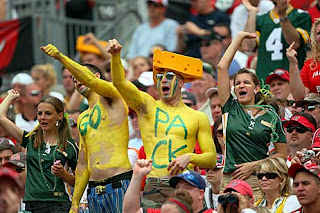 With God in the Desert

"The wilderness and the dry land shall be glad; the desert shall rejoice and blossom like the crocus; it shall blossom abundantly and rejoice with singing... Then the eyes of the blind shall be opened, and the ears of the deaf unstopped, and the lame man shall leap like a deer, and the tongue of the mute will sing for joy." Isaiah 35             This morning, I sat outside and read my Bible. It was early but the sky was already blue, the sun was shining, and it was warm. The European Starlings sang and chirped as they dashed about getting food for their little ones, occasionally stopping to rest at the top of the neighbour's orange tree. That tree is laden with oranges hanging like Christmas tree ornaments. That is about all that is reminiscent of Christmas. This is a snow-free zone where winter is forbidden. Despite my allergy to bee stings, I observed, with genuine pleasure, the busyness of bees gathering nectar from blossoms atop the cactus'
Read more

(my early morning drive) " Everyday, I will bless you and praise your name forever and ever ." (Psalm145:2)             As many of you know, my wife, MariAnne, and I have been on sabbatical and are in a period of seeking the Lord for our future. We are determined to live by faith and to trust the Lord for His direction and His provision. Learning to be obedient daily to the Lord outside of a "normal" routine continues to be a blessed discipline. One of my prayers has been to be alert and available so as to "seize the moment" to serve when God opens an opportunity for me to bless one person at a time. As you might expect, almost always, it works the other way around. God opens up opportunities to serve others and I end up leaving the conversation or meeting with my heart full of thanks. Who is serving who? Who is blessing who? Living attentively by the Spirit is like those "take your kids to work" days. God the Father is tak
Read more