Paris and the Propaganda of Terror 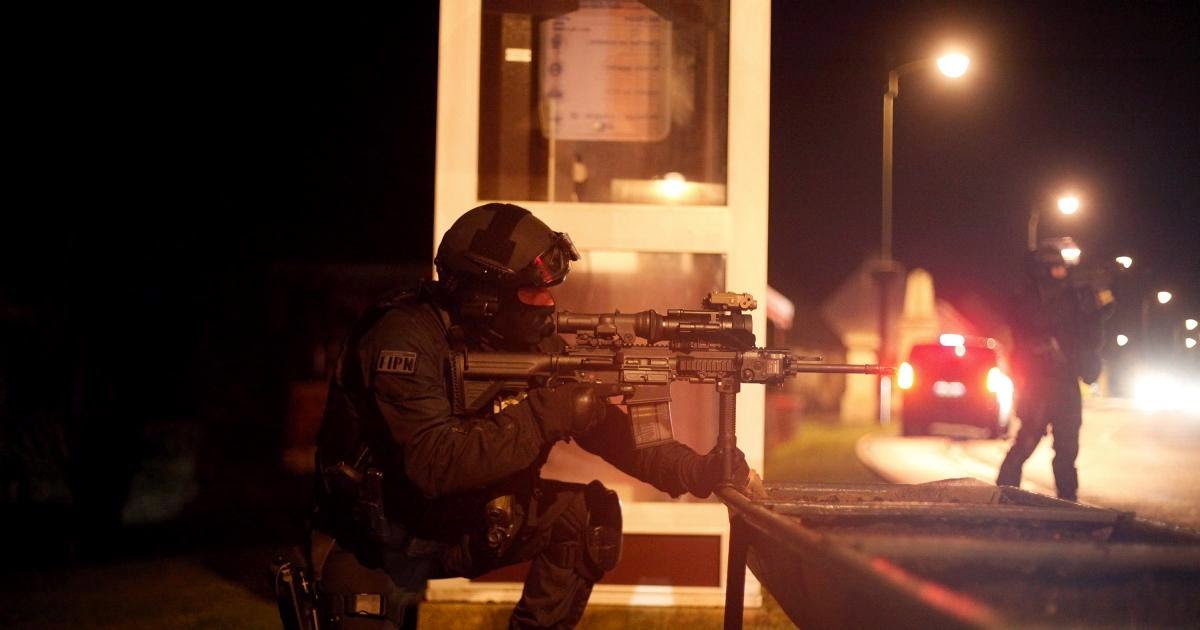 If there is anything that is clear, it is that Islamic extremists know how to use the media. In a few weeks, America's largest corporations will pay 4.5 million dollars for every thirty second commercial during the grand extravaganza called the Superbowl. A few weeks later, the Superbowl will be history and the news reports will return to the stories of violence, horror, and the increasing terrorist threat facing Europe, America, Africa, and well, most of the world. What the cruel fanatics know is that every time and every place that they manage to perpetrate some heinous act, they get free air time for hours, days, and weeks on the major news networks of the world. It is free for them. Well, it only costs blood. They pay for their airtime with the lives of people in coffee shops in Australia and grocery stores in Paris. They pay for it with the supposedly expendable lives of the dupes that they have brainwashed into believing that their acts of self-destructive violence somehow pleases their deity more than a kind, loving, and selfless life. Martyrdom is supposedly their free ticket into the eternal good books of their god.


With this payment, they are given more air time than anyone else to send their message into the world. The "free" advertising has powerful effects everywhere. They announce to others who they are brainwashing that they are advancing their cause successfully. They glorify cold-blooded murderers and make heroes and martyrs out of them promising similar glory for any who would imitate them. They fill the world with the propaganda of fear. Everywhere you hear discussions about where they will strike next. Fear is powerful. It creates anger. It fuels cowardice. It alienates and creates suspicion. It is powerfully effective in creating hostility, building walls, and breaking down communication between strangers.


It is for this reason, in this small way, that I want to make a few clear assertions. These assertions come out of the Scriptures and are designed to assault the hope-destroying fear mongering and the brainwashing manipulation of the extremists. I root my comments in Psalm 96:


1. God is beautiful and majestic.


Psalm 96:6 reads "Splendor and majesty are before Him; strength and beauty are in his sanctuary."


We need to realize that the only thing that beauty opposes is evil. All true beauty comes from God and the kind of inhumane cruelty that we witness in the latest news stories is what God opposes. God is just as we will see in a moment. Yet, even His justice is beautiful. It radically opposes, even in seed form, the pride, arrogance, hatred and violence that charades as religious devotion. When the ugliest forms of evil run rampant, we all share a collective sigh of relief when justice brings it to a quick end. It is a demonic lie that uses religion to distort the truth of God, His nature, and the beauty of His ways. In heaven, there is no celebration of bloodshed, except in the one singular great act of sacrificial love. In that true act of self-sacrifice, Jesus, the Son of God, died so that we would be forgiven for all our violence of heart and hand. From that, we learn that God's love is selfless and He is fatherly in that He pours Himself out for us. "In this is love," the apostle John writes, "not that we have loved God but that He loved us and sent His Son, to be the atoning sacrifice for our sins."[1] John also gives this beautiful exhortation which encourages us to seek on earth what already exists in heaven: "Beloved, let us love one another, for love is from God, and whoever loves has been born of God and knows God." [2]


Psalm 96:10 reads "Say among the nations, 'The Lord reigns! Yes the world is established; it shall never be moved; He will judge the world with equity."


One of the messages that inadvertently comes through the extremist propaganda is that God and justice have left the building. We have this feeling that our days are numbered as human beings. All the nations cringe. We envision annihilation at the hand of some crazy with a nuclear bomb or we imagine life under these cruel religious extremists. If there is a God, how does He let happen what is happening and why doesn't He end it now?


There are clear biblical answers to why God doesn't just wrap things up now, but one of them is actually the mercy of God. God is giving, with incredible patience, the opportunity for humanity to turn from sin, to accept His sacrifice for us, and to share in a world made new. The apostle Peter explains that the reason God patiently tolerates human evil is that God is stunningly patient, willing to save people from all people groups from their own sin and wickedness.


What Psalm 96 commands people like me to do is to counter the fear-inducing propaganda of the religious extremists with these truths: God reigns. This is not a runaway train. God is at work in some of the humblest and unnoticed places of the world. The terrorists may be on the major news networks but that's because fear and evil sell more than grace and justice. God is here. He is at work. His love is working in the lives of millions who would rather give up their lives for their enemies than to slaughter their enemies in the name of a god.


Secondly, "the world is established." The promise of God at the end of the Bible is that He will make all things new. The notion that heaven is going to be an ethereal place of disembodied souls and spirits playing harps on clouds misses the true message of the Scriptures. Jesus rose bodily from the dead to indicate to us that heaven and eternity will be physical as well as spiritual. The earth is not going to disappear. It will be made new: new without pollution, hatred, evil, selfishness, death, and cancer. God has said this and He will do it. We, therefore, may have to do battle with injustice at the moment but not out of fear but confidence. The propaganda controls us with the lie that all progress is vain. This demonic lie is behind the terrorists burning of schools, and historical sites, and great works of art. The Christian faith promotes the pursuit of truth, and beauty, and progress because for all eternity we will be exploring the beauty of God and reflecting in ourselves His creative ingenuity without sin.


let the sea roar and all that fills it; let the field exult, and everything in it! Then shall all the trees of the forest sing for joy before the Lord, for He comes to judge the earth. He will judge the world in righteousness and the people in faithfulness."


In these verses, it is creation that rejoices. This created realm is waiting with hopeful anticipation for the day when God comes and makes all things new. In Romans 8, the apostle Paul writes that all creation groans with eager expectation of the day when God brings all human evil to an end and introduces the new heavenly humanity - saved, forgiven, cleansed, and transformed. This, too, ought to give us both hope and joy. At the end of the day, God will judge the earth. This doesn't simply mean that God will have a court date for all human beings. It means that God will forever be in charge, ruling the events of human existence. We will not be under corrupt Western rulers or vile religious extremists from distant land. We will be under the perpetual rule and reign of a just, loving, good, pure, creative, and generous faithful God. We ought to share a collective sigh of relief and recommit ourselves to living this way. God has offered to all humanity a way out of this mess. He is the way. Jesus said "I am the way, the truth and the life." God has offered us freely what we need for acceptance with Him: forgiveness for past sins through Jesus' substitutionary sacrifice; righteousness as a gift through faith; power in His Spirit to live as He intended.


The answer to the constant propaganda of fear that dominates our news is to share this news with everyone that we know: God is beautiful and good. God still reigns. God is coming to make all things new. Let's replace the terror of evil with the hope of God in the good news of His salvation!