The L.A. Clippers and My Need for Repentance 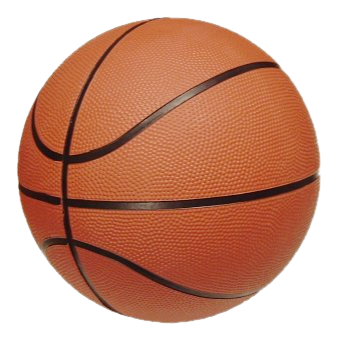 I just happen to be in the Los Angeles area as the huge scandal erupted around comments made by Donald Sterling. It has been the dominant story now for days, not only here, but across the nation. In a nutshell, Sterling, the owner of the NBA Clippers, was recorded privately telling his "girlfriend" that he preferred that she not be seen publicly associating with "black people".  The reaction has been swift, widespread, and unequivocal. Yesterday, NBA commissioner Adam Silver banned Sterling for life, fined him a few million dollars, and declared that steps would be taken to force Sterling to relinquish his ownership of the LA Clipper franchise.


From a Christian perspective, there is much to applaud in the unwavering and immediate response to such blatant racism. In fact, there is so much that we as Christians can and must affirm in our opposition to this evil that I haven't the space here. From an ontological perspective, we believe that we are all made in God's image and racism is first and foremost a direct offense against God. From an ecclesiological view, it is our conviction that the church, for which Jesus Christ shed His blood, is made up of people from every tribe, tongue, and nation. That is one of the chief glories of Christ's kingdom. From a missiological perspective, the sooner racism ends the better. It must be the clear and exemplary message of God's people that Jesus Christ has been exalted to the highest place as King and Lord for all peoples because God so loved the world that He gave His Son to bring forgiveness, reconciliation, and adoption into the household of God. We belong together in Christ.


As I was meditating on the Word today, I had another thought that entered my mind.  My wife and I are memorizing Psalm 145, a psalm of David. As most of you know, King David is forever remembered in the Scriptures, at least in part, for a scandal that plagued his reign. He stole another man's wife. Actually, Bathsheba belonged to one of David's most loyal subjects. She became pregnant and David had him killed in battle to cover his guilt. What David was about to discover was that you can't hide your guilt from God. God will expose the sins of His own subjects. He cannot and will not tolerate evil.


One of the lingering questions around the Donald Sterling controversy continues to be about the ethics of his entrapment. I use the word "entrapment" because it does appear that he was set up and recorded for the purpose of using his own words against him. Kareem Abdul-Jabbar in an op-ed for the L.A. Times called the whole process "sleazy" even though he agreed fully with the punishment handed out to the Clipper's owner. He compared how offended Americans had been over the NSA spying on cell phone conversations and how hypocritically hungry the media was to lay hold of Sterling's secretly recorded words now.


What came to my mind were the words of Jesus who clearly taught that every conversation that we have in private will one day be announced from the roof tops (Luke 12:3). There are no such things as secret conversations or secret sins. That must be humbling to all of us. While we are rightly offended by Donald Sterling's racist remarks, we need to remember that in many ways, we are like him. If it isn't our racism, it is our gossip. If it isn't gossip, it is anger. If it isn't anger, it is lust and greed and gluttony.


Please don't misunderstand me. While I believe all sin is offensive to God, I don't believe that all sins should be viewed as having the same degree of offense. Some sins are abominable. Nonetheless, when someone is discovered to be guilty of hidden ugliness, we need to all come to terms with the fact, that we are all in need of repentance. Donald Sterling should be a reminder to each of us to flee from secret sins while God extends to us the opportunity to be forgiven and to be cleansed. In Psalm 145, David says that he continually meditates on the majesty and works of God. He announces, from deep personal experience, that God "is gracious and merciful, slow to anger, and abounding in steadfast love."[1] However, at the end of the psalm, he includes the sobering verse "The Lord preserves all who love Him, but all the wicked He will destroy."[2]


As I listened to people celebrate and commend Adam Singer's strong and unequivocal condemnation of Donald Sterling's secret sins now made public, I wondered "Will we all feel the same when our sins are one day treated with swiftness?" God forgive me for my many sins. Thankfully, we can be sure as the Bible teaches that we don't have to face the punishment for those sins if we repent and flee to Jesus because He bore in full measure our justice on the cross in our place. The apostle John tells us the great news: "If we confess our sins, God is faithful and just to forgive us our sins and cleanse us from all unrighteousness."[3]