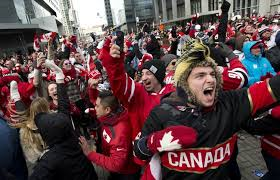 With the closing of the 2014 Winter Olympics in , many of us return to our regularly scheduled life with a sense of appreciation for the kind of hard work, sacrifice, and determination that was exemplified by the 2873 athletes at the games. Whether or not they won medals, most of them deserve respect for embodying some of the more noble human attributes that seem persistently absent in the dominating news stories of our every day world. It was pleasant to listen to the behind the scene biographies of many of the athletes. It helps to recognize that all of the athletes are certainly more multi-dimensional than the particular event in which they were participating.


It is also a great deal of fun to experience vicariously the roller coaster of emotions that go with victory and defeat. While some may criticize this identification with others and tell us that we need "to get a life", we sometimes forget that it is God Himself who has determined the borders of our habitation. The apostle Paul standing in the city of Athens, where our Olympics began, proclaimed these words "And He (meaning God) made from one man every nation of mankind to live on all the face of the earth, having determined allotted periods and the boundaries of their dwelling place, that they should seek God, and perhaps feel their way toward him and find Him. Yet, He is actually not far from each of us, for 'In Him, we live and move and have our being'" (Acts 17:26-28). We ought to be willing to identify with those competing in the games for we live in our particular countries by divine design. We ought to embrace the ups and downs of all the athletes regardless of their nationality because we share a common Creator and ancestry.


When we truly contemplate this, what we are meant to have is a real love for the peoples of the earth. Cynicism and self-righteousness are certainly not born of God. In fact, the diversity of the nations attempting to cooperate in harmony ought to fuel the fire for this to be realized fully, and completely, and eternally one day.


This brings me back to the joy of vicarious victory. The Olympics serve in the Bible as a metaphor for real life (just read 1 Corinthians 9:24-26). God has designed our national identities as a mechanism to move us all to seek Him. When a nation watches an athlete or a team represent them and they cheer that athlete on in hopes of victory, there is something meant to be stirred in the core of our being. We are longing for a hero who will unite our lives in joyful triumph. On that hero rests our hopes for identity, for joy, for meaning and for purpose. Certainly, that is a great deal to put on any athlete. However, metaphorically speaking, that is what we can and should do.


For in reality, we are all meant to be, as Paul told the Athenians, seeking God. From God's perspective, we are being called to one identity, a new nation made out of all the peoples of the earth. We are being lead in a joyful triumphant victory parade behind the One who has stood in our place and defeated our greatest foe. That is no metaphor. It happened in real time in a real place by a real man. 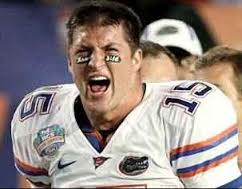 Often, at athletic events, some crazy purple haired guy holds up a sign that says "John 3:16".  You may remember Tim Tebow wearing it under his eyes at a college game. That verse, as many of you know, declares that "God so loved the world that He gave His only begotten Son, that whoever believes in Him, should not perish but have everlasting life." Don't dismiss that because of the crazy dude with the purple hair! From the time of David and Goliath in Scripture, we have been meant to look for a Hero. The Scriptures have long prophesied of a messiah who would come and defeat our greatest enemies, sin and death. We are meant to move from the metaphors of life to the meaning of life. That is what Paul means that God has set things up that we might seek Him.


Easter is not too far off. When the true Hero came, they didn't put him on a podium and place a gold medal around his neck (or a wreath of laurel leaves on his head, as they did back then.) They raised him on a cross and they crowned him with thorns. But then, God gave him the gold medal. God raised Him on Easter Monday and seated Him on the throne of heaven and declared Him, the Victor! Friends, his defeat on the cross was really the defeat of sin. His resurrection was the defeat of death. His willing and sacrificial participation was for His nation, a nation of out of shape sinners whose only hope was for Someone else to stand in their place and win the victory. Soon, the joy of these recent games will fade. However, you are invited to move beyond the metaphor to the Triumph of Jesus Christ whose victory on behalf of all who put their faith in Him will forever be celebrated and savoured in joyous life.