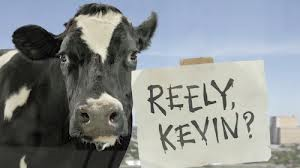 "Doubtless the shadow of anticipated trouble is, to timorous minds, a more prolific source of sorrow than the trouble itself, but faith puts a strengthening plaister to the back of courage, and throws out of the window the dregs of the cup of trembling." C.H.Spurgeon


John Piper has a great line in which he says "Books don't change people. Sentences do." That, of course, is a paraphrase but it is also a line that has changed me. I linger over sentences. My opening quote from the famous 19th century British preacher, Charles Spurgeon, reminded me of another line that gripped me many years ago. It was from an eighteenth century French Jesuit named Jean Nicholas Grou who I know nothing more about than this one quote. He wrote "The chief pang of most trials is not so much the actual suffering itself as our own spirit of resistance to it."


I am sure that the reason these quotes stand out to me is that I, like many others, have the unfortunate ability to "anticipate trouble." Worrying is exercising the gift of imagination without simultaneously exercising the gift of faith. Faith is the God-given ability to see the future through God's eyes by means of the promises of God in Scripture. Worry is to strip the future of the promises, the presence, and the power of God and to imagine what a God-forsaken trial is going to be like for us. This misery is what Grou calls "the chief pang of most trials..." and Spurgeon calls "a more prolific source of sorrow than the trouble itself."


The simple answer to the battle against the stress of anxiety is to return to the real world: a world in which God is actually sovereign, Christ is truly King, and God's promises are irrevocably certain because of the death and resurrection of Jesus Christ. Stop imagining life without God.


In Psalm 27, David is surrounded by his enemies. This could be when Saul was chasing him into the wilderness to kill him. It could be later when David's own son, Absalom, seeks to overthrow David and take the kingdom by force. What does David say? "The Lord is my light and my salvation, whom shall I fear? The Lord is the stronghold of my life; of whom shall I be afraid?" David had a strategy that enabled him to sleep at night when his life was in perpetual danger. He writes in Psalm 27:4 - "One thing I have asked of the Lord, that I will seek after; that I might dwell in the house of the Lord all the days of my life, to gaze upon the beauty of the Lord and to inquire in his temple." David's singular priority was to consistently live with God in the center of his sight. To spend time meditating on an imaginary world in which God was absent and evil reigned supreme was idiotic. He made it His consistent ambition to always be in the presence of God looking at the beauty of God.


That is the answer to worry. Get God in clear and central focus. This is why the Scriptures are the most helpful gift that you and I have for gaining a right view of reality. David's only concern was not to be able to see God's face. When God and His glory and His promises were before His eyes through faith, David could end with this attitude toward the future: "I believe that I shall look upon the goodness of the Lord in the land of the living! Wait for the Lord; be strong and let your heart take courage; wait for the Lord."


The Scriptures tell us as Christians that we have been given the clearest view of the glory of God in the face of His Son Jesus Christ (2 Corinthians 4:6). We have been given the assurance that because Christ died and rose from the dead that nothing will separate us from the love of God (Romans 8:32ff). Every promise of God is sealed and guaranteed in Jesus Christ (2 Corinthians 1:20). If you are going to let your imagination run wild, let it run through the promises of God. You will still have troubles for a time but you will be rescued from "a more prolific source of sorrow than the trouble itself." Let such sorrow cease. See God as He really is.  Kill worry with the Word.